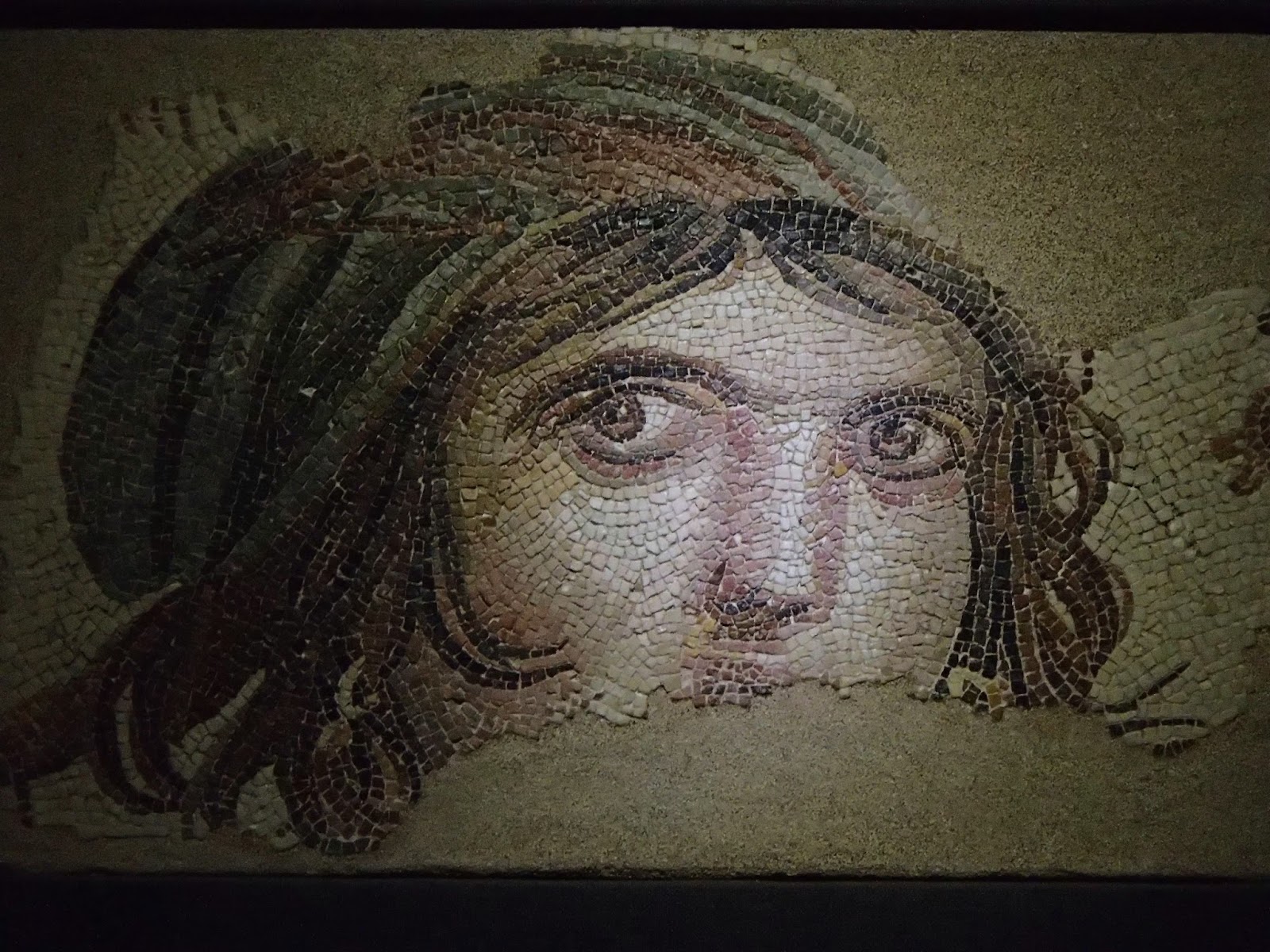 This last weekend I took a spontaneous trip to Gaziantep with Miki, a friend and coworker. Well, it wasn’t “let’s go right now” spontaneous… more like “hey wanna go with me to Antep in a few weeks?” I guess it wasn’t spontaneous at all. First things first: Gaziantep, or Antep, is located in the southeast area of the country. It is also one of the oldest continuously inhabited cities not just in the Turkey, but also the world, going back to the Hittite Empire from about 1600 BCE. Just as important… the FOOD. I don’t think anything consumable exists in Antep that doesn’t satisfy the ol’ tasting mechanisms.
Miki worked here last year, and she’s made a few trips this year. I was lucky to get to tag along with her this time! We only went for a weekend, and traveled by night bus, so the commuting was rough. I don’t think Turks sleep, even on 10-hour night buses… The driver blasted his radio the entire drive down, and the driver on the way back kept opening his window so there was a constant whistling. OY VEY. I am aware that the driver should be awake at all times, but some dude was listening to music WITHOUT headphones, and we stopped every few hours for potty breaks. I’m also a light sleeper so that didn’t help.
Despite this, Antep is a historian’s dream! (and archeologists, anthropologists, geologists, and culinary artists) I wish we could have stayed longer, just to walk around and explore more. But we managed to fill our days with the time we did have. …That sentence doesn’t really make sense because every day is filled with the same amount of time. We made the most of our time.
On the first day, we began with Katmer: thin pasty dough filled with pistachios and sugar. And I think cheese (but not a strong cheese… it just held everything together). It was so good. Oh, Antep is basically the pistachio capital of the world, and every meal included something with pistachios even though I was already planning on… GOING NUTS that weekend.
After we ate as much as possible, we wandered around the city. We made sure to stop for lunch: nohut durum, which is cooked chickpeas wrapped up with spices and vegetables. Soooo good.
My favorite of this day was the Armenian quarter, just because it was a little different than everything else. Miki took me to this charming Armenian mansion that was turned into a quiet café filled with backgammon (I learned from a champ!), tea, and all kinds of flora. We sat in the courtyard, which was covered with vines to keep the sun out. The mansion part is bittersweet; it’s what’s left of the family that lived there, before the Armenian Genocide (which is NOT talked about by Turks).
The next part of our agenda consisted of walking around some more, followed by a quick nap, and then dinner. I had the beyti sarma: baked dough filled with meat, served with vegetables and yogurt (Turkish yogurt is more like sour cream). I shouldn’t even have to tell you how it tasted since it was made in Antep. Of course, we ended the night with pistachio baklava.
For day two, we first visited the Zeugma Mosaic Museum, the largest mosaic museum in the world. These expansive and incredible mosaics were unearthed in Zeugma, an ancient city near Antep, which was founded by one of Alexander the Great’s generals (Seleucus I Nicator). The prized possession of the museum is a piece of a larger mosaic titled, “Gypsy Girl.” Because, well, it looks like a gypsy girl. Some say it’s ATG in disguise. I think it could easily be a gypsy boy. There’s not much known about it because many parts of the mural were stolen by vandals and hooligans. Those poopheads.
After a few hours there, we headed back to the city center for pistachio coffee. Yeah. It’s the same thing as regular Turkish coffee, but using roasted pistachios instead of coffee beans. So no, no caffeine. But it was definitely a unique taste and texture. At the café where we got the coffee, we asked our waiter if they had baklava. He replied that they do not, but he would run next door and get some for us. We (mostly me) really wanted some, so we said that was okay with us if it was okay with him, and asked for one or two pieces. He returned with a plateful. I feel stuffed just thinking of how much baklava I ate that weekend. I’m still paying for it, but it was definitely worth it.
Once we could move, and after a few rounds of Tavla (backgammon), we headed out for more wandering—this time the bazaar area. Usually EVERYONE tried to sell you something or invite you in to their shop, and it’s quite annoying, but we only got two or three. I think it was a mixture of not yet tourist season and Sunday.
The afternoon consisted of meeting up with Miki’s friend, eating lunch, more baklava, coffee, and more coffee. Perfect Sunday, perfect weekend.
We then headed to the bus station for our return night bus, and went straight to “work.” For the record, also after our Morocco trip, Miki and I returned to work straight from the airport. Just part of the adventure. 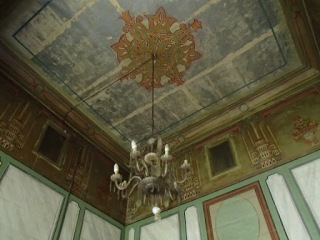 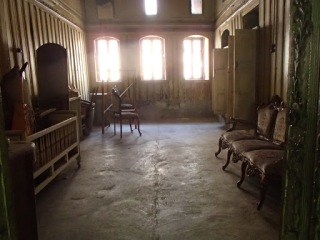 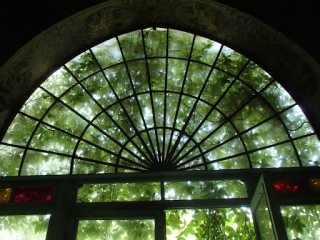 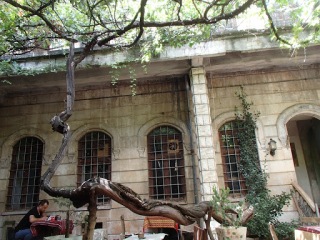 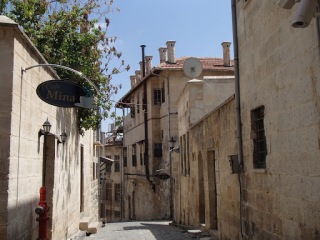 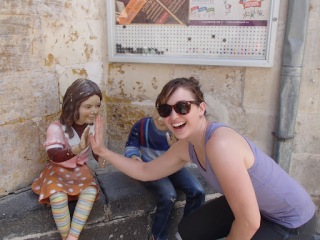 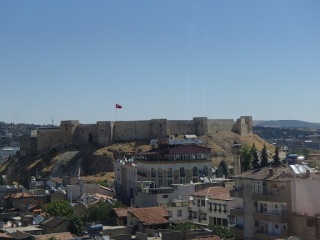 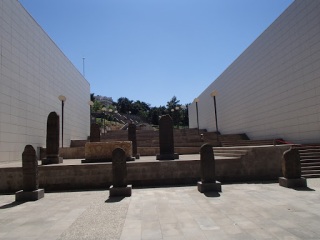 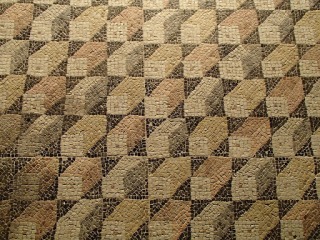 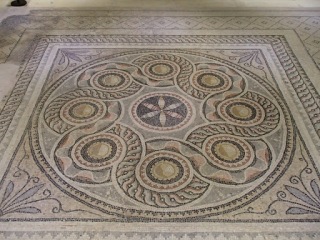 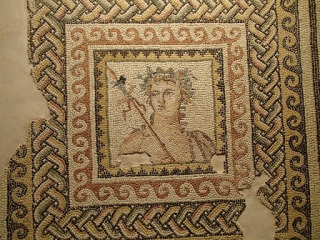 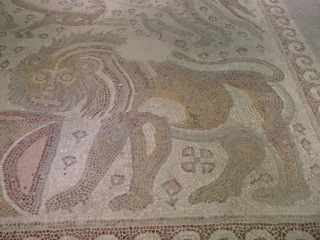 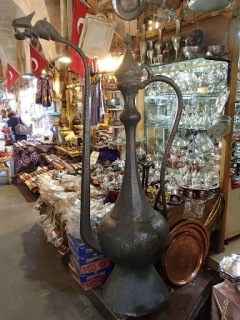 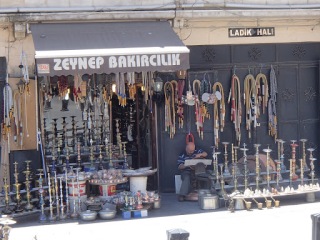