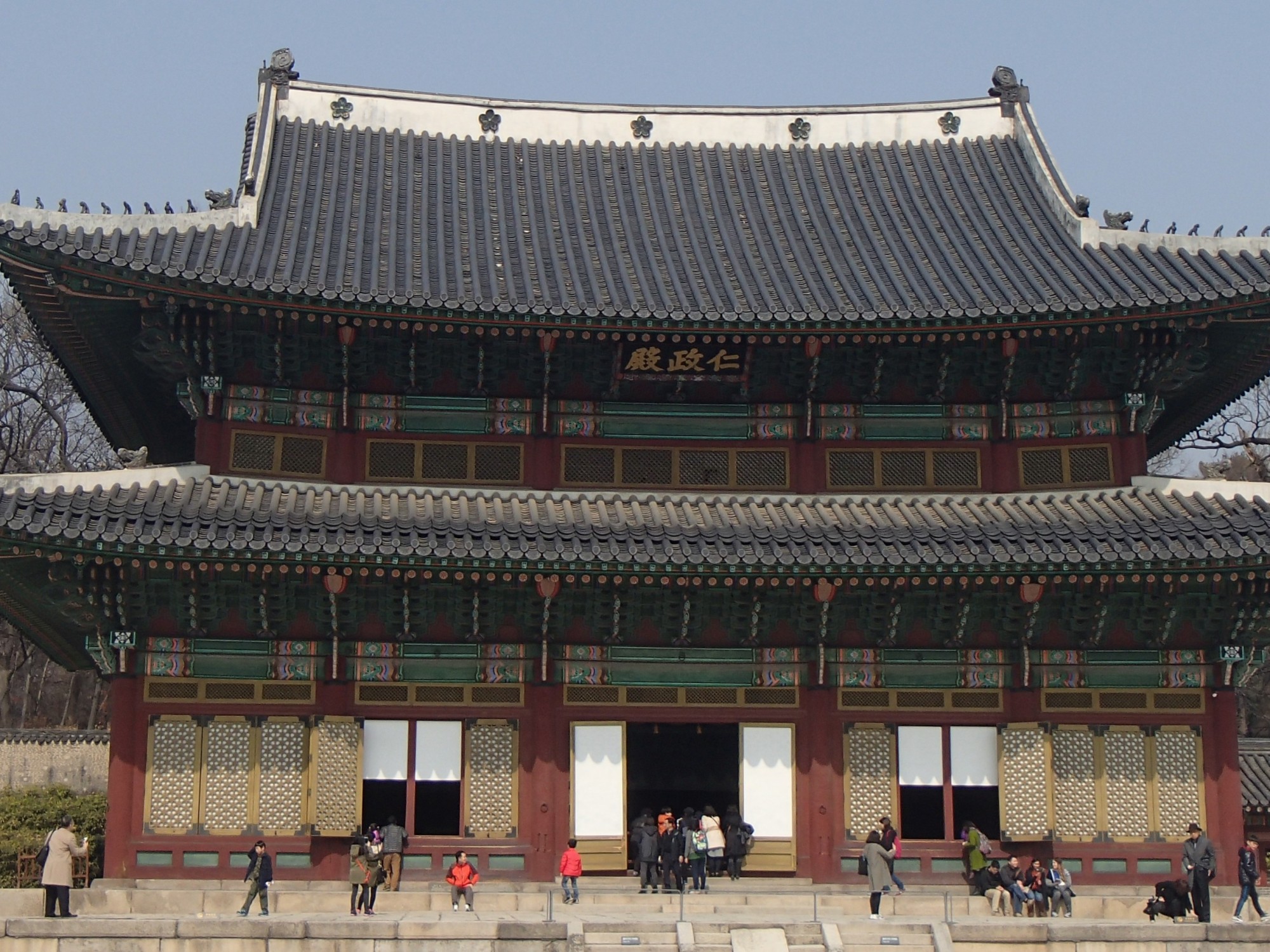 The guy who helped us do our paperwork for our housing had been asking us to go hiking with him for some time, and we finally had a day to spare to spend the day with him. He took us to the Seoul City Fortress Wall. We realized right away it wasn’t going to be the hiking we were used to… Alex and I showed up in hiking pants and our fancy wool hiking shirts and with our water bottles, and our friend showed up with a messenger bag and khakis. But maybe this was better as I haven’t really worked out in over a month.

So it turned out to be a nice city walk with hills. We did get to see one of the old gates, and a good chunk of the wall. But that thing is quite long. There were also a few good look-out points overlooking the city, and a few paths that would be good for biking or running.

After about 40 minutes of our walk we found ourselves in Jongno, which is considered downtown. We stopped for coffee, and Alex got a blueberry latte. I think they just like to make warm smoothies and call them lattes. We’ve been to a lot of places that also serve sweet potato lattes… haven’t tried it yet, but it’s on my list.

We walked around a bit more, admiring the types of architecture, and then decided to check out the Changdeokgung Palace. This is one of the “Five Grand Palaces,” built during the Joseon Dynasty (1392-1910. Korea has a TON of history, btw). Our friend told us it wasn’t super extravagant as this palace was more a political one (versus…aesthetics?) and the kings didn’t want to be flashy… but daaaang! It wasn’t covered in gold or fancy tiles, but the details were extraordinary! I don’t mean to offend the Joseon rulers, but it was so pretty! And this is still winter. I bet it’s even better in the summer when the gardens are all green. I just wish I had time to do a little research and brush up on my Korean history before we visited. I’ll be more prepared for the other four.

2 thoughts on “Hiking and Palace Day”