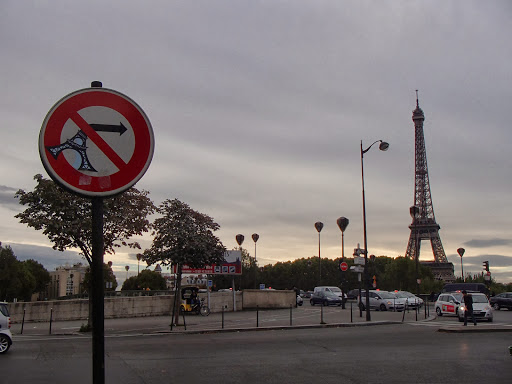 We had this past week off for the Kurban Bayram Holiday, so I went to Paris! (I have friend who lives there…I probably would have only gone for a few days otherwise.. It’s an expensive city!)

Paris is wonderful. I’ve only wanted to go ever since my first French class 10 years ago. Holy crap, I feel old.

Surprisingly, I had no issues at the airports, and nothing went wrong! I didn’t even get lost the entire time I was in Paris, and only used a map a few times. The layout of Paris makes it nearly impossible to get lost. Which is great for wandering tourists like myself. I actually tried to get lost one day, but I was unsuccessful  Every street feeds into a larger one, and there are metro stops all over (and that was so simple to figure out), so eventually you’ll make your way to wherever you want to go.

There are also cafes EVERYWHERE and they are all AMAZING. One day it rained almost the entire day, and I had already visited everywhere I wanted to go, but I wasn’t going to waste the day. So I cafe hopped.  I walked around for about an hour, found a cafe and people watched for an hour or so, then repeated that about five times. Ok maybe three. It was probably the most relaxing day I’ve had since leaving the States. AND THE FOOD. Omg the food. I could eat quiche and croissants all day long. The crepes are delicious as well, but I ate so many I think I’ll be good for a few years.

I won’t post too many photos on here, mostly because I took about 700. So check my Facebook if you want to see more.

I arrived the first day (Saturday) around 540 pm, and was invited to my friend’s parents’ house for dinner and to stay with them for the weekend. They live in Poissy, a smaller area outside of Paris. They were super friendly, spoke perfect English, and of course fed me amazing food. With wine. Glorious wine.

I spent my second day first at a neighborhood brocante (basically a flea market), where I found a spectacular bag for 3 EUROS (!!!) and a hard copy of “Le Petit Prince” for 50 cents. Very successful purchases. It was also the festival of the “chouquette” so there were these little custard filled pastries all over. Why doesn’t America have pastry festivals?! Oh yea. Because we like to eat preservatives and McDonalds. Gross.

After an hour our so there, they drove me to Versailles where I spent a good five hours exploring the Palace and Gardens. OH BILLY, that place is huge. I didn’t even see everything! I guess I could have been like most of the people there, and rushed through the palace, but come on. Not with my history background! Seriously though, most of the visitors were taking picture and walking at the same time. You’re at the PALACE OF VERSAILLES and you can’t take five seconds to actually look at what you’re taking a picture of?!  I was taking a photo of a painting of Napoleon and a man rudely walked right in front of me. I glared at him, which prompted him to apologize, and then he looked up, said, “Woah, Napoleon!” and snapped a photo and ran off. Idiot.

The Hall of Mirrors and the Gardens were my favorite.  Kelly Snider, let me know how many of your students remember the significance of that hall!

On Monday (14th) I went to Le Louvre, The Tuileries Gardens, Champs-Elysees, the Arc de Triomphe, one of the Love-Lock Bridges, and the Eiffel Tower. It was a good exhausting kind of day. I had many realizations while in Paris, but I think the most significant one was a renewed appreciation for all of my art, history, and humanities teachers and professors. Maybe that’s why so many people in the Louvre rushed to the Mona Lisa, but completely bypassed the Code of Hammurabi or Michelangelo’s “Dying Slave.” Maybe they just had sucky teachers. Or no art teachers. It was quite an emotional experience; and not just there, but at the other museums as well. It may sound silly, but isn’t exceptional art supposed to move you?

The Eiffel tower was neat. I probably would have appreciated it more if Alex were with me. Or anyone really. haha. I was the only person there who was alone!! In fact, I got asked multiple times to take couples’ photos in front of the tower. But no one asked to take mine!!! Can you not go alone to the Eiffel Tower now? Also, if you go to the Eiffel Tower with your significant other, please don’t make out the entire two hour wait to get to the top. I don’t care how in love you are, you’re gross. Yes, I’m a little jelly. But seriously, be a little more creative. I’m surprised I didn’t witness a marriage proposal.

On Tuesday, I went to the Musée d’Orsay, which is filled with paintings by Monet, Manet, Cézanne, Vincent van Gogh, Renoir, Degas, and many others. I think this was my favorite days in Paris. I enjoyed this museum more than the Louvre. No photos were allowed at all, however, so I only took photos of the outdoor sculptures.

Insider tip: Don’t go to this museum on a Tuesday. The Louvre is closed on Tuesdays. So I had to wait about an hour and a half just to get in the door.

Later that day, I walked over to Notre-Dame, and did a walking tour. Unfortunately, the towers were closed. I was really excited to go in the towers and meet Quasimodo! But apparently they are nearly always closed, despite that they advertise tours to explore the towers. Two cafes nearby are named “Quasimodo” and “Esmeralda.” HA.

For dinner I ate at Les Deux Magots, which is where Picasso, Hemingway, Simone de Beauvoir, and James Joyce used to hang out. Not all at once, unfortunately. The food was expensive and not that great, but I don’t think that’s why people go there…

After, I found a crepe stand, and was done for. I had one that was half Nutella, and half Speculoos (which is the same thing as Biscoff). DONE FOR. I think I ate two a day from then on.

Wednesday was my cafe hopping day. I first went to the Musée de l’Orangerie, which is mostly Monet and his “Water Lilies.” Also spectacular, but d’Orsay is still my favorite.

I bought seven scarves this day. SEVEN. I don’t know why. Maybe because it’s all I could fit in my carry-on? lolz. And socks. I have to get cheesy, touristy type socks wherever I go. There are many thrift shops around Paris, and some have really great, inexpensive items. Some, however, make bank on the “vintage” aspect… one store had a pair of VERY used Converse sneakers for THIRTY EUROS. That’s like $40. SAY WHAAAT.

Another thrift shop is called Kilo Shop, and it is the coolest thing ever! I was tempted to buy another suitcase… Basically, you pay whatever the clothes weigh! All the clothes are second-hand, but still good condition. Clothes are color-coded with tags, and you pay 20-30 Euros per kilo. I only got a pair of leather gloves, but believe you me, I wanted to fill a bag!

If you’ve made it this far, then I applaud you! I hope some of you have; I’ve been at this for three hours now. Hahah. I keep taking chocolate breaks… I have a problem.


My last “real” day was bitter-sweet, but I still made the most of it. I visited the Catacombs in the morning, which I found out isn’t a true catacomb, because they don’t know who is buried there. If you want to give yourself a good little scare, walk down those corridors by yourself. Good gravy. I may have peed myself a little. It didn’t help that I was a giant in those tunnels, and had to duck down a few times. ME. I’m taller than average, but I’m no super-model.

People made me angry down there as well. I don’t like to be “that” person, but when you are in a place filled with others’ remains, you shouldn’t take photos with your flash!! AND DON’T TOUCH THE DAMN BONES! Yeah. There were a few jerk-faces completely disregarding the signs that specifically said “no flash photography.” And why would you touch the bones?! What is wrong with you?! I hope they all get haunted. That’s what I would do if someone made me deteriorate quicker.

Walking amongst the dead made me hungry. So I grabbed a croissant. And then a chocolate pastry thing. And then a ham sandwich. I also ate ham or bacon every day as there is none of that in Turkey 😦

I walked off my sandwich in the Luxembourg Gardens, a park filled with statues, monuments, and fountains, and is also the location of the French Senate.

Then I found another cafe and ate a quiche. Bacon quiche. If I didn’t walk so much, I probably would have gained 20 pounds.

I met up with my friend after my quiche, and we explored another garden. From there, we went to the last two places on my list: Sacré-Cœur Basilica (Basilica of the Sacred Heart), and Le Moulin ROUUUUGE. We didn’t watch a show or ever go inside because it’s crazy expensive. So we just walked along the streets (which was filled with “love” shops, not surprisingly), and I bought more chocolate and another crepe. hahaha. Gosh I’m such a fatty. But it was soooo worth it.

The next day, Friday, I left for the airport around 9am, and left Paris around 3pm… My flight was delayed an hour, which gave me 50 minutes in Istanbul instead of an hour and 50 min. I had 50 min to get off the plane, go through passport control, go through security again, and find my gate. And when I was three people away at the passport gate, the guy just decided to leave. I don’t know why. Probably a tea break. Thankfully, the people in the line over let me cut in front. That was the karma I earned when I left DC!! (If you are just now reading my posts, when I left DC for Ankara back in August, a distraught man was begging people to let him and his mom cut in front of the insanely long security line so his mom could make her flight. So I let them go in front of me, and I gained 200 enemies).

I made it to my gate with four minutes to spare! I really didn’t want to have to take a bus from Istanbul…

That was my trip. It’s strange to feel at home when you aren’t at home. 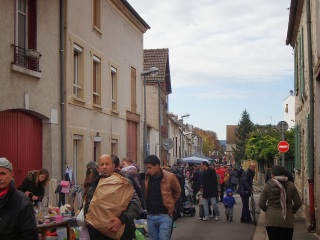 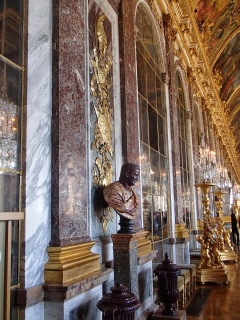 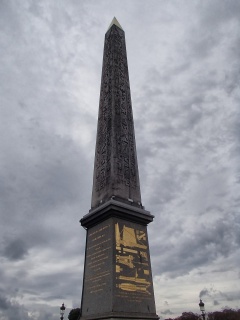 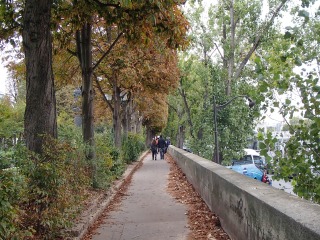 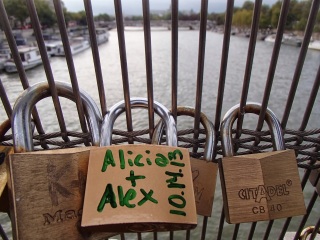 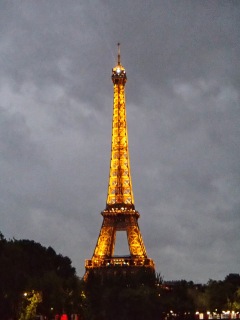 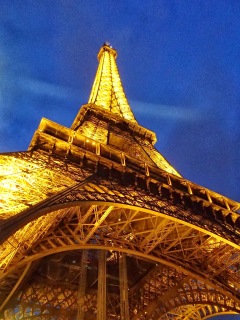 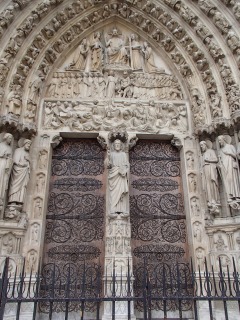 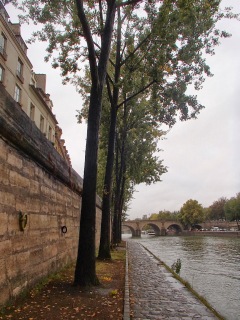 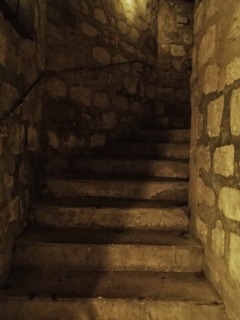 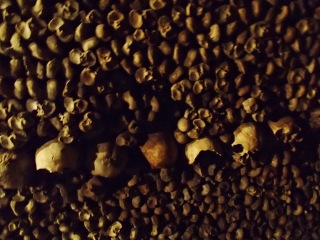 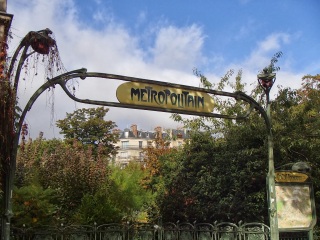 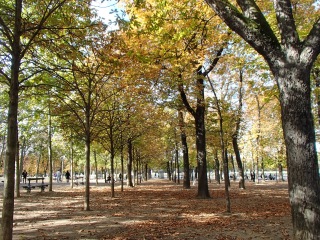 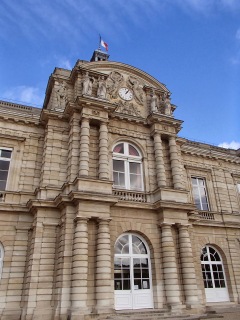 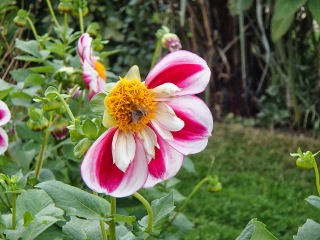 2 thoughts on “ALL THE GLORY OF FRANCE”