I like to consider myself a spontaneous person. I mean, who wouldn’t? It’s often romanticized in movies, tv shows, books, and social media: “Adventure awaits! Explore! Can’t believe I just did this thing! Look how carefree I am!” When in reality I’ve found that:

1) Most people do not like to be under-prepared ((I had my notes for this post months ago; way before the covid-19 panic buying)). Very few actually travel with just a carry-on. Even fewer will under-pack for trips.

2) I’ve met a lot of people in my travels and only a few ((like actual few, like 3!)) live by le code spontané. A lot of people say they are up for whatever but …MMMM ARE THEY?? When it comes time to try something new or scary most people give a big “no thanks.”

3) I’m a planner. I make lists, I research, I adapt my lists, and I re-research. I love little surprises, but for trips I need to plan. I WISH I could be more carefree; It sounds amazing, and maybe if I had unlimited funds and time, then sure why not. But when I’m trying to pack as much in during a 4-day weekend, I will definitely be planning everything from daily transportation to meals to backup outfits to emergency procedures.

4) I’m usually motived by testing my limits or not wanting to regret something, rather than giving in to a spontaneous thought. I like to step out of my comfort zone, but it ALWAYS TERRIFIES ME. Every time I travel solo, I hesitate at the check-in counter and consider turning around and going home (It’s not so bad; I like home and I like my cat). But I’ve yet to have any regrets when it comes to traveling, so I check-in anyway.

When I planned for my second trip to Thailand, it WAS supposed to be a little spontaneous. My friend invited me to tag along with her and a few of her coworkers, and since Alex and I went to Phuket in 2015 (post still being edited lmao), I decided I would literally tag along. They would do the planning and aside from a day of diving, I would give zero input. Not that I wouldn’t give suggestions if asked, but again, this was more their trip and I wanted them to experience it without my bias. But Army happened and they ended up not being able to go. I already had my diving day booked so I said PHUKET (hahhh), I’ll still go! So I had about a week to buy tickets, book a hotel, and plan the other three days.

To be honest, I was not impressed with Phuket the first time we (myself and Alex) went. There were a few nice places (Big Buddha is amazing), and we took a cooking class that was phenomenal, but things were a lot more expensive than we thought they’d be, and we stayed in what I thought was the “quieter” area (Kata Beach) but it was still super touristy and SUPER LOUD. Whenever I visit a new country I know right away if I’ll visit again or it’ll be checkmark. Until this second time, Thailand was a check, but I’m so glad I gave it another go.

Because of what I learned the first time, I decided to stay at Kamala Beach. The reviews for Kamala say that there’s nothing around, and it’s difficult to get to Patong Beach. To me that translates to “SANCTUARY.” And, there were THREE places on HappyCow that were either vegan or mostly vegan within walking distance of the hotel I stayed at (Layalina Hotel, 10/10 recommend). Not a lot of people, beach access, and vegan options???? YES PLEASE. ANNNND, finally, the area was still within the dive shop’s pick-up radius (Aussie Divers Phuket, 10/10 recommend. Also, all dive photo credit in this post goes to Martin!).

My goals for this trip were 1) swim with some sharks and 2) sit on a quiet beach with coffee (or beer, but the last time I sat on a Thai beach with beer it did NOT end well. See other Thailand post once I update it 😀 ), have no phone, and to not speak to ANYONE for like 5 hours. Since these two goals would only take up 1.5 days, I still needed to plan the rest of the trip. I really considered not planning anything; but I needed to figure out a way to get from the airport to my hotel and I DID want to see the progress made on the Big Buddha. In 2015 they had finished the Buddha part, but were still working on the steps and the surrounding area. Also, there were a few temples I missed the first time. AND I wanted to check out an elephant sanctuary (more on this later but DO NOT RIDE ELEPHANTS or go to elephant shows!! They are terribly mistreated and stressed the eff out!). So, I ended up hiring a driver for the day to take me from the airport to Big Buddha, a few temples, and then to my hotel (pretty much drove the perimeter of the island). My flight landed at like 8am, and it only takes a few hours to drive the entire island, so by the time I checked into my hotel I had a solid 5 hours of isolated beach time. CHECK.

The next morning, I had to be ready to walk out the door by 6am to catch my ride (ewwww). But for diving, I’ll do it. This was only going to be my 7, 8, and 9th dives, so I was already pretty anxious, and then the van filled up pretty quickly so I tried to guess who I’d be paired with. Since I’m so new, I don’t want to be paired with another newbie, but at the same time I don’t want anyone to have to cut the dive short because I’m running low on air (it’s normal for new divers to go through air faster). So I’m sizing everyone up, and there’s only one other guy who jumped in the van solo and so I’m thinking “cool, hope he doesn’t panic” but then he says to everyone “did anyone do the test yet?” AND THEN I DID A PANIC and thought to myself “OMG MY PARTNER HASN’T DONE A DIVE YET.” But it turns out the dive shop was picking up all kinds of customers. And I was THE ONLY ONE DOING A FUN DIVE. Two of the guys were doing their advanced open water certs, the guy I thought would be my buddy and another couple were doing an intro to scuba class, and then the last dude was having ear issues so they suggested he not dive. Long story, but I ended up on a speedboat with like 4 other divers, plus the Captain, crew, and dive master (like 10 of us total). And my buddy ended up being the dive master (hi Martin!) who has about 7,000 dives under his dive belt (I’m never not going to make that pun). SEVEN THOUSAND. And guess what? WE SAW TWO DIFFERENT TYPES OF SHARKS. About 8 blacktip reef sharks, and 1 zebra shark. And the cutest porcupinefish. CHECK AND CHECK AND CHECK.

On my final day, I hired the same driver to take me to an elephant sanctuary and then from there to the airport. I decided on visiting Phuket Elephant Sanctuary for a few reasons but the major reason was because the elephants are basically in charge. Aside from at night when they are escorted back to their pens (?? Stables?? Rooms?), they are free to roam around 30 acres on their own, and THEY decide if they want to get close to you or not. Obviously no riding elephants here, but you also aren’t allowed to touch them except when you fed them, and only while you give them food (no teasing, for example). I was a little bummed about the no touching rule because I loooove elephants, but once they explained the reasoning it makes sense. So many tourists pass through Thailand and even if you don’t ride an elephant, the constant touching and wanting to bathe them can be quite stressful. I know I wouldn’t want randos trying to pet me as I live my best life. This applies to anywhere, but if you travel to Thailand, just be mindful of the elephants you see tied up (OR CHAINED!!!) on the side of the road. Even if they seem fine, keep in mind they stand on the side of the road all day, every day, sometimes in the freaking sun, for yearrrssssss, until they become to old to provide entertainment. Phuket Elephant Sanctuary currently provides a home to 11 retired female elephants; each with their own story, and ages ranging from mid 30s to late 60s! I spent a good 4 hours walking around the area (we were in small groups), learning about each elephant, and at the end we were all given zucchini and bananas (I think a few watermelon??) to feed a few elephants. It was one of the sweetest experiences I’ve had.

I’ll end this post with a few of my thoughts about traveling solo, because every time I solo it up, I’m met with, “WAIT. BY YOURSELF?!” “WHY” “WHERE’S ALEX GOING TO BE” (jfc to that one) or “I COULD NEVER.”

Obviously I love traveling with Alex. Or any of my other friends. I love sharing new experiences with people. But I also love stepping out of my comfort zone (but as mentioned, the steps are a little planned), and experiencing experiences, even if they end up being terrible (ie: Alicia and the Thai Beach Beer with Seaweed Pringles). Either way you’ll have a great story.

I also enjoy being lost in my own thoughts, especially in a country where I can’t read or speak the language. I love to just wander the streets. I don’t love the shouts of “HEY LADY, NEED A TAILOR!” or “HI DARLING HOWAREYOU PLEASE SEE MENU” (which do not happen when I walk with a dude, hmm). But I love the ability to go and eat where I want without having to consider anyone else. Sure this can be selfish, but I think it’s okay to be selfish sometimes.

You learn a lot about yourself when traveling solo. Turns out, I do NOT like the window seat. I have to pee much too frequently to justify a window seat. I’m pretty good at doing photo shoots for rando couples. I’ve learned to mentally seek out other solo travelers (especially female) and have learned to telepathically communicate with them that yes, I will watch your beach towel if you watch mine; yes, I will sit next to you on this public transportation; and yes, he said the same thing to me. Finally, traveling solo reminds myself how confident I can be (even if inside I’m anxious and terrified), simply because I CAN’T rely on my travel partner to make the decisions or know all the travel details. It’s all up to me.

So get out there! Spontaneous planning awaits!

(P.S. Stay tuned for Thailand, Part 1. Did you just notice the name of my blog?) 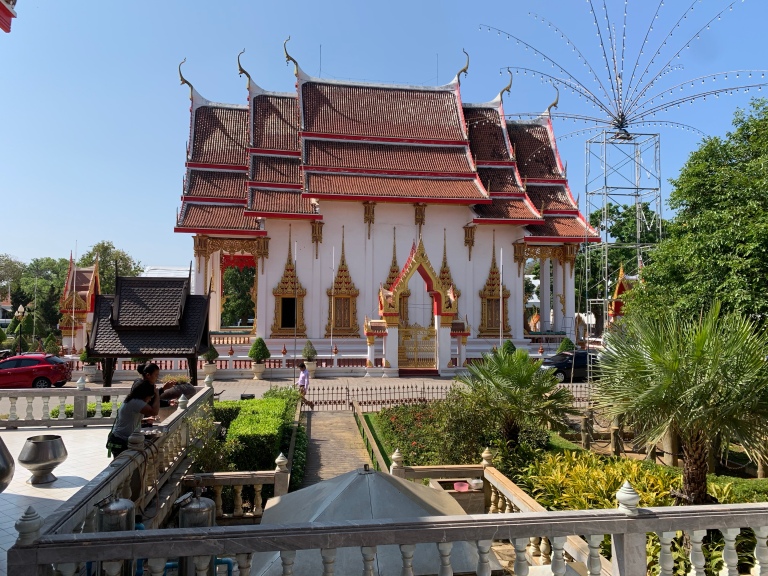 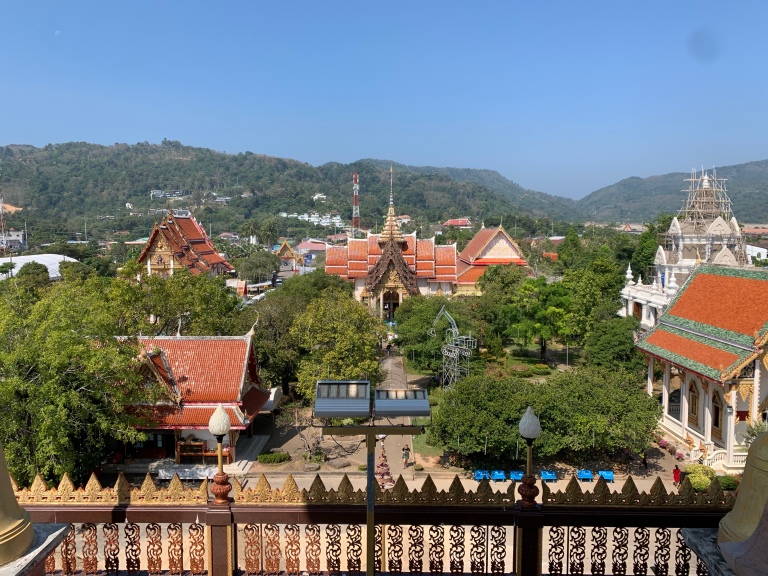 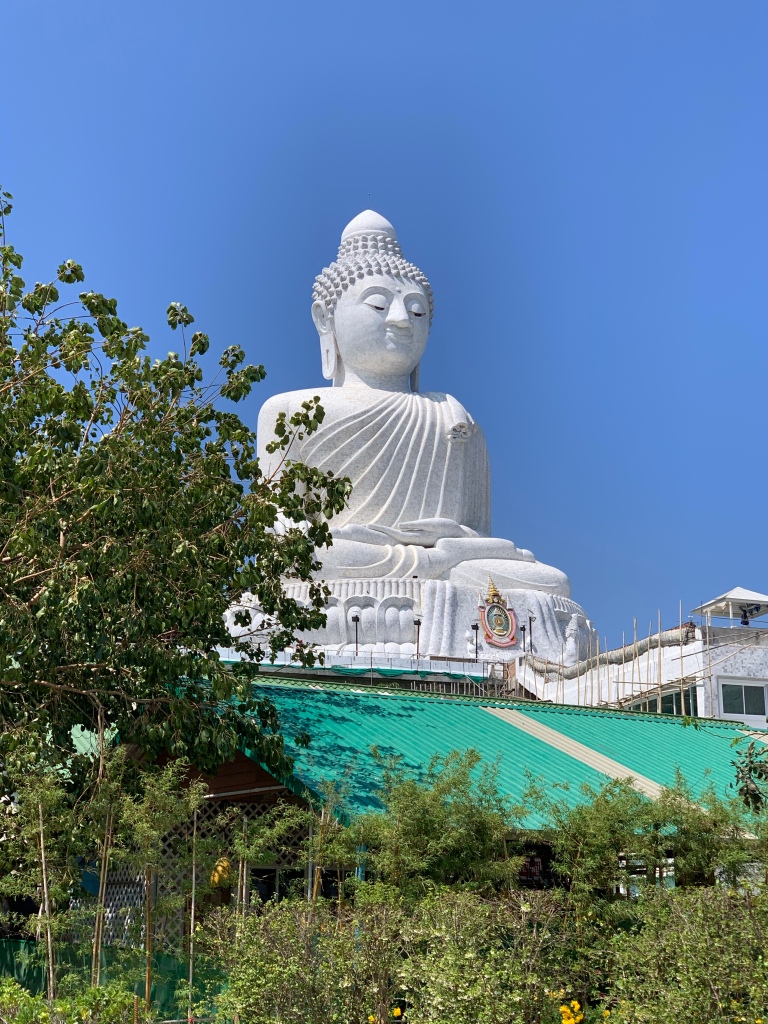 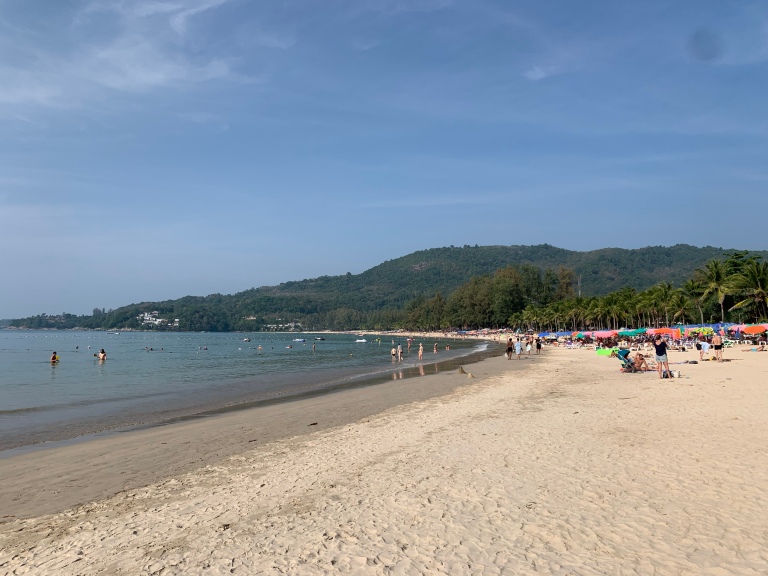 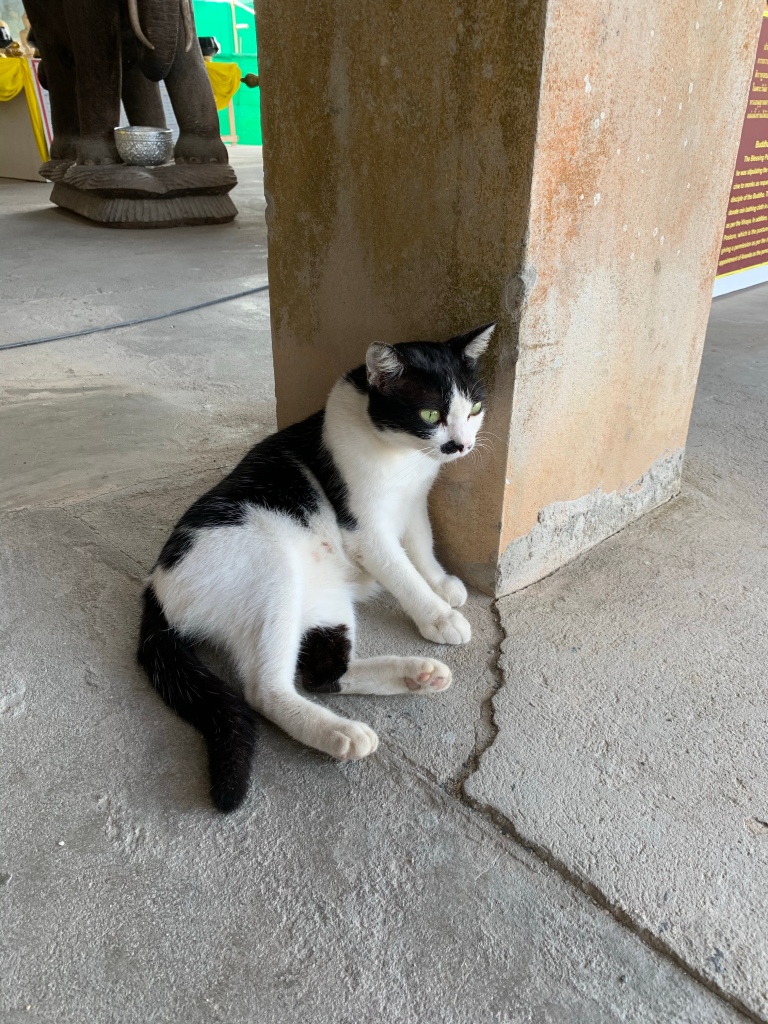 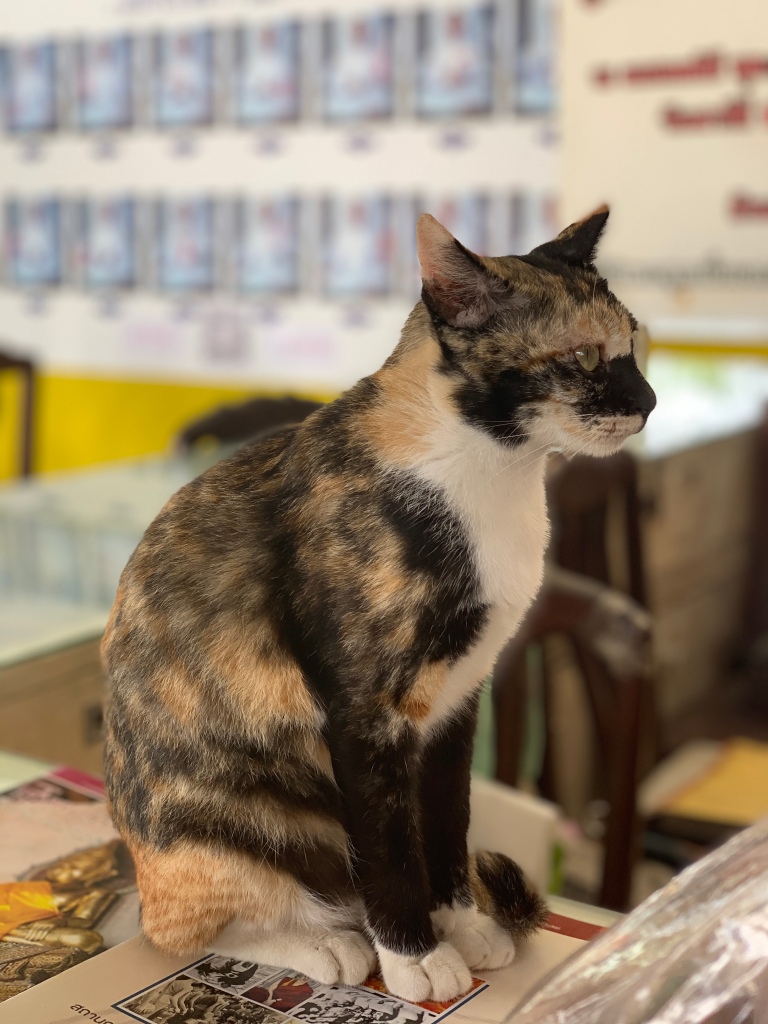 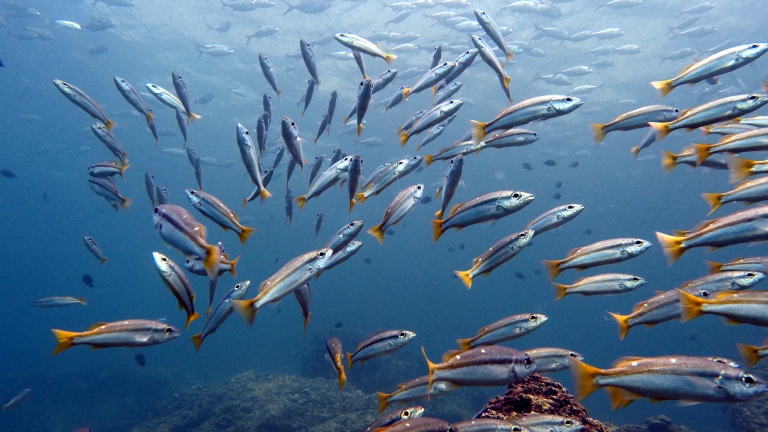 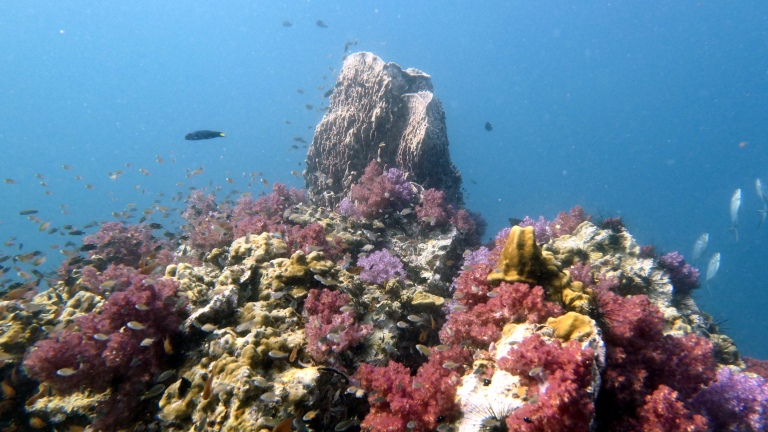 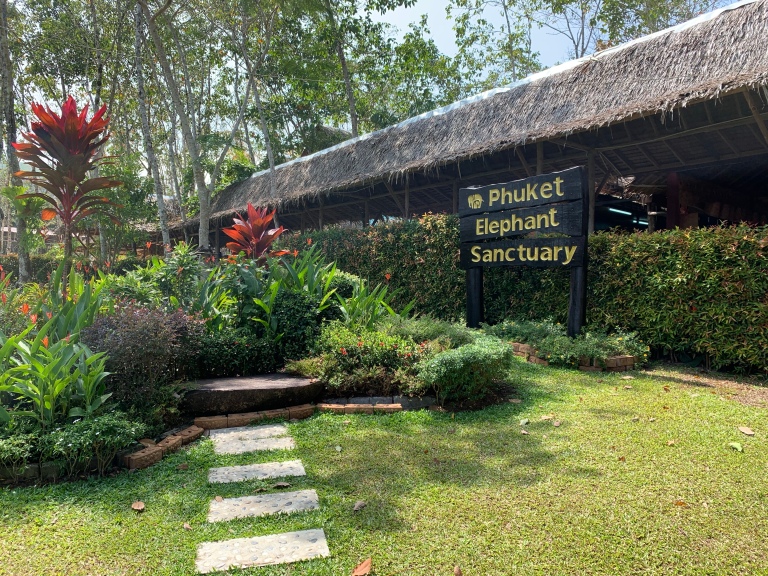 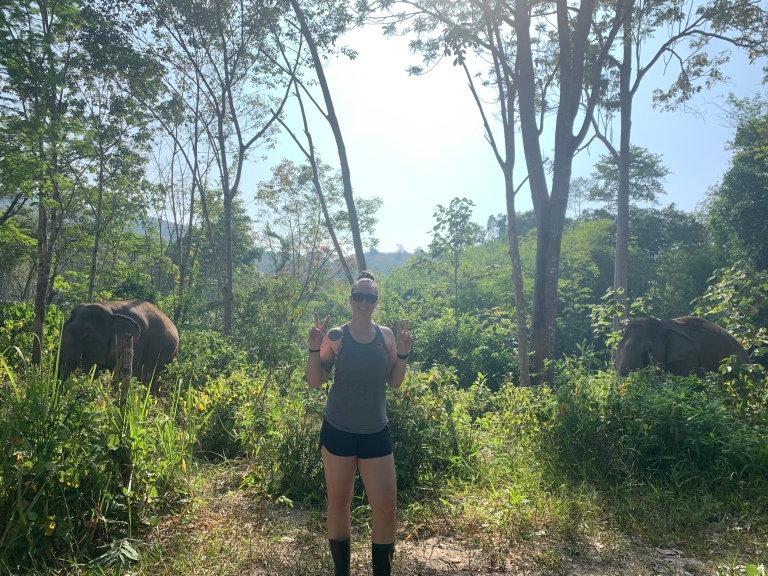 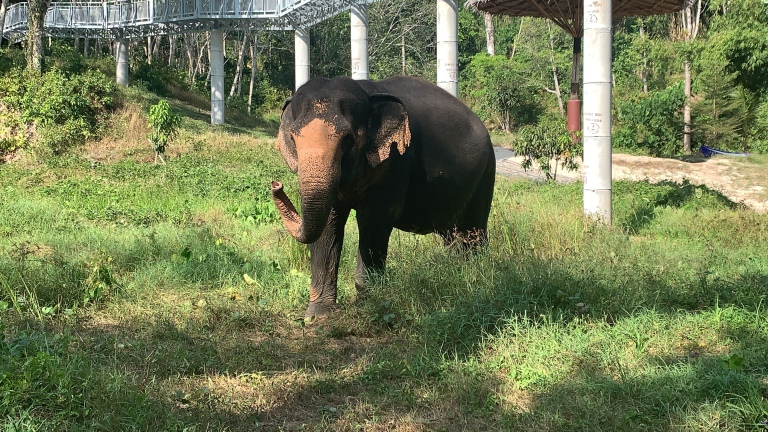 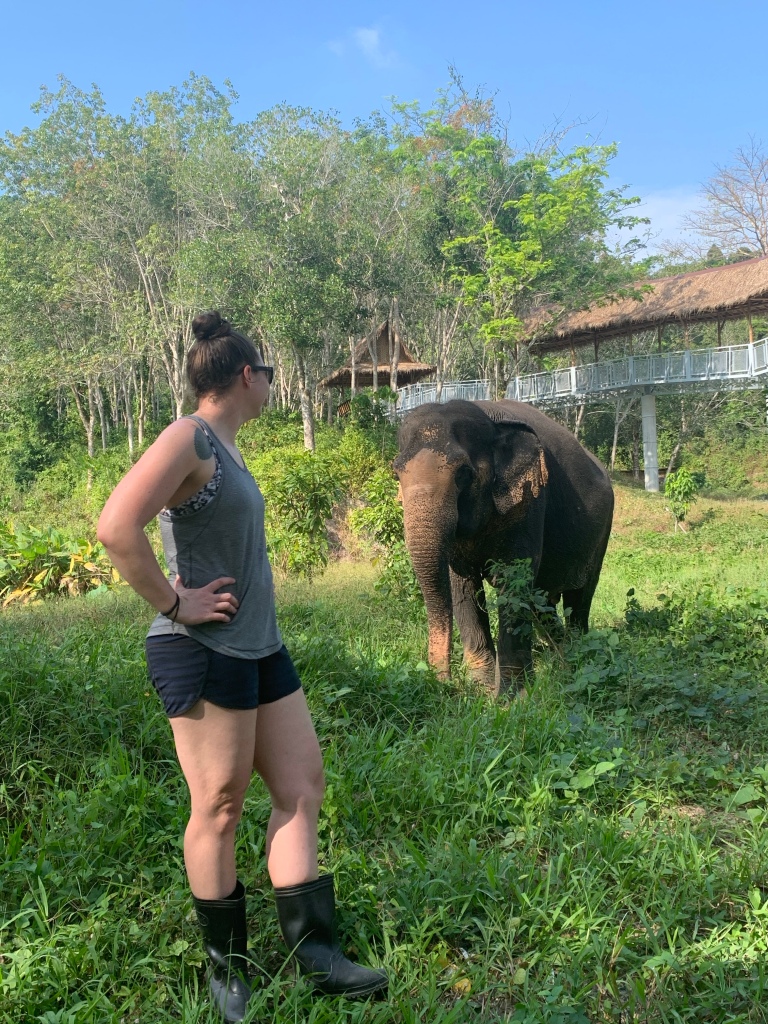 2 thoughts on “Spontaneity, Sharks, and Sanctuaries”